Look at the bigger picture for long-term football trading profits

What’s up with North London? (Or ‘Norf Landaaan’, to pronounce properly.)

These two results remind us to look at the bigger picture and long-term profits.

Arsenal don’t owe us DRT’ers anything! Remember this match? 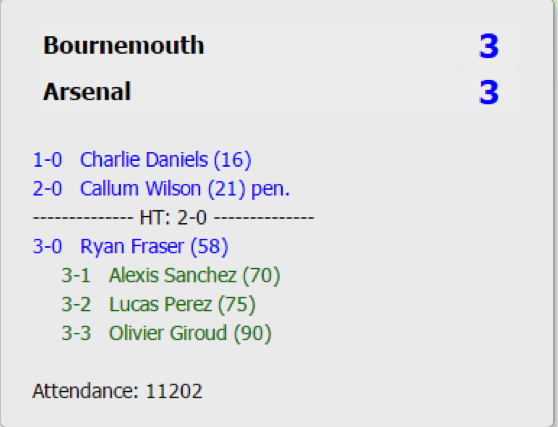 A very nice profit was to be had laying Bournemouth late on.

And how about this match? 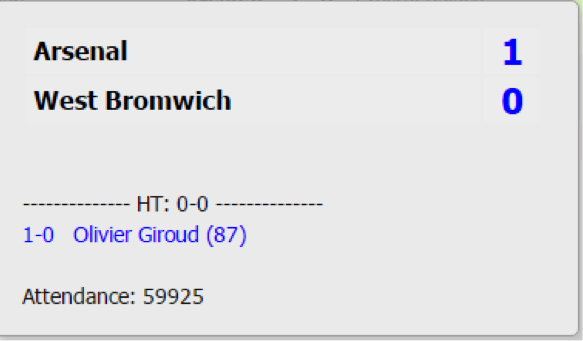 Or how about this match? 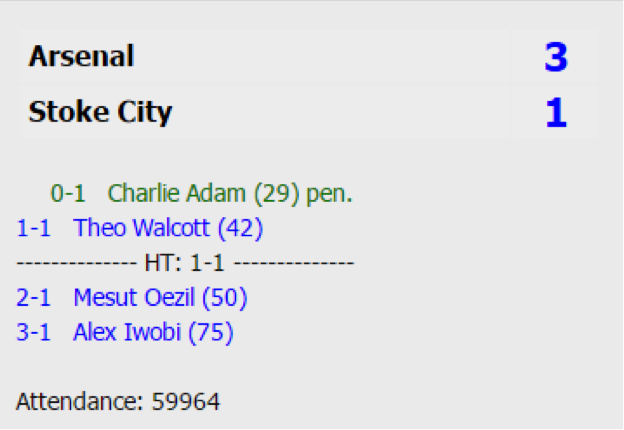 Here Stoke City score first. Recalling the match, I advised a Correct Score punt, one of the correct scores being 3-1.

And how about the boys from ‘Tottingham’? 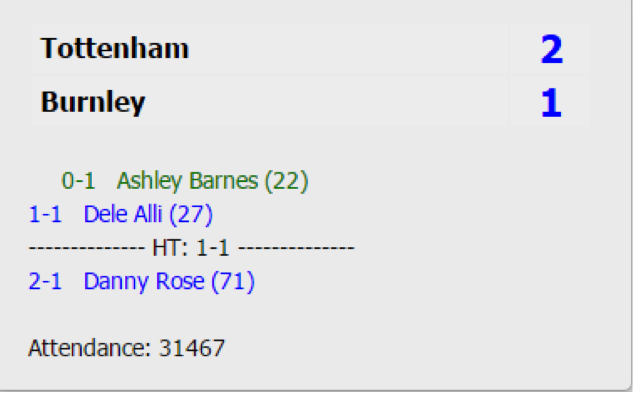 Tottenham concede first and go on to win.

Oh, and another match… 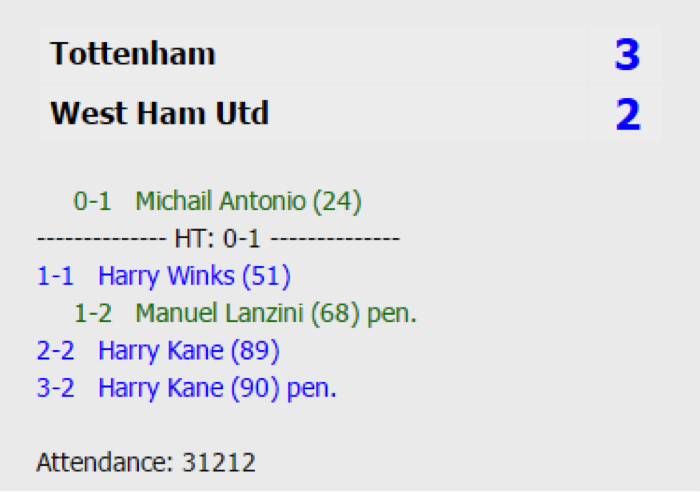 Here we have West Ham United leading up until the 89th minute. If you kept faith in Tottenham you’d have profited very well. You Desmond Tutu followers would have profited rather well too!

This eletter is a gentle reminder to you that some of the big guns will falter but over a season, they will have over-delivered on a profit.

Incidentally, the live chat on 1 February 2017 was a very profitable night including these two profit-makers:

I tweeted a late 1.1 lay of the draw and Totti obliged in the 95th minute. 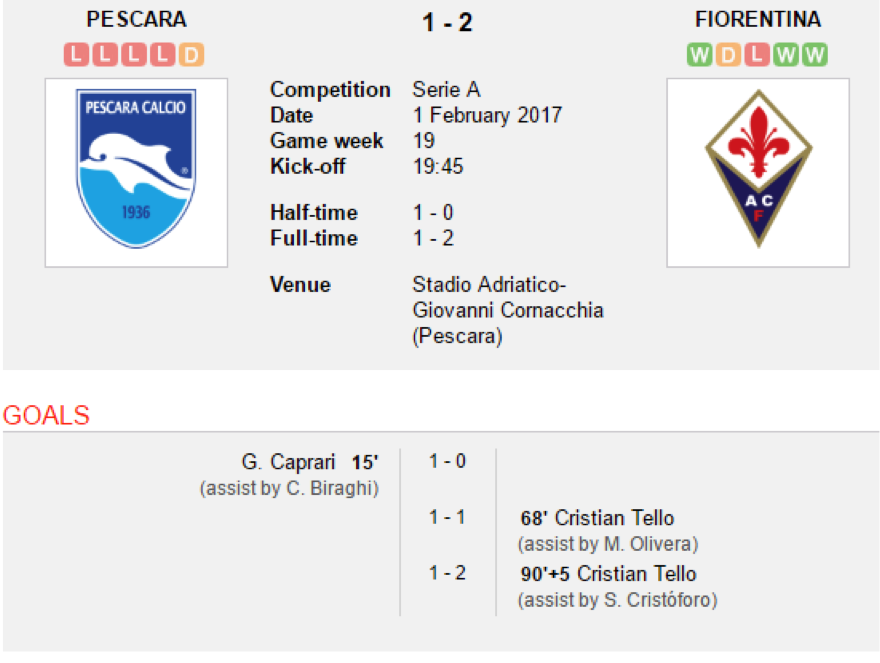 This match was how the Arsenal match against Watford should have ended.

Here I advised laying Pescara 1-0 up, or backing the Correct Score 1-2, 1-3. I also put up a late lay of the draw (keeping faith in Fiorentina), which obliged.

So folks, some of the big boys will stumble, but keep swinging that bat. Football is a fluid thing. There are more opportunities continuously.